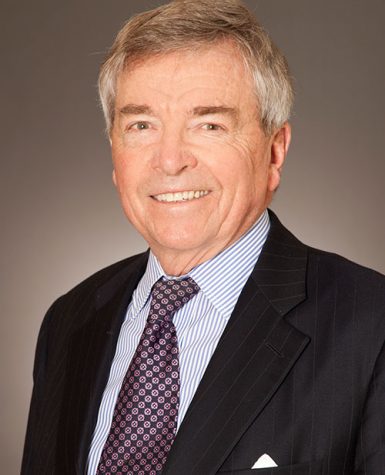 Michael Keating is a Partner at Foley Hoag LLP, the past Chairman of the firm’s Litigation Department and the firm’s leading trial lawyer for over thirty years. Michael also is an Instructor of Civil Trial Practice at Northeastern University Law School. He is a past President of the Boston Bar Association and a Fellow of the American College of Trial Lawyers. He is a past Chair of the Board of Directors of The Boston Foundation, he served for fifteen years as a Trustee of Williams College (his alma mater) and is now a Trustee Emeritus. In 2012, at his fiftieth class reunion, Williams College awarded him the Kellogg Trophy for his outstanding career and contributions to public service. He is also a former Trustee of Brooks School and a Trustee Emeritus of that institution. Michael is a graduate of Harvard Law School and also served as a Lieutenant in the Judge Advocate General’s Corp. of the United States Navy. He recently joined Citizen Schools as the new Chair of Citizen Schools’ National Board of Directors.